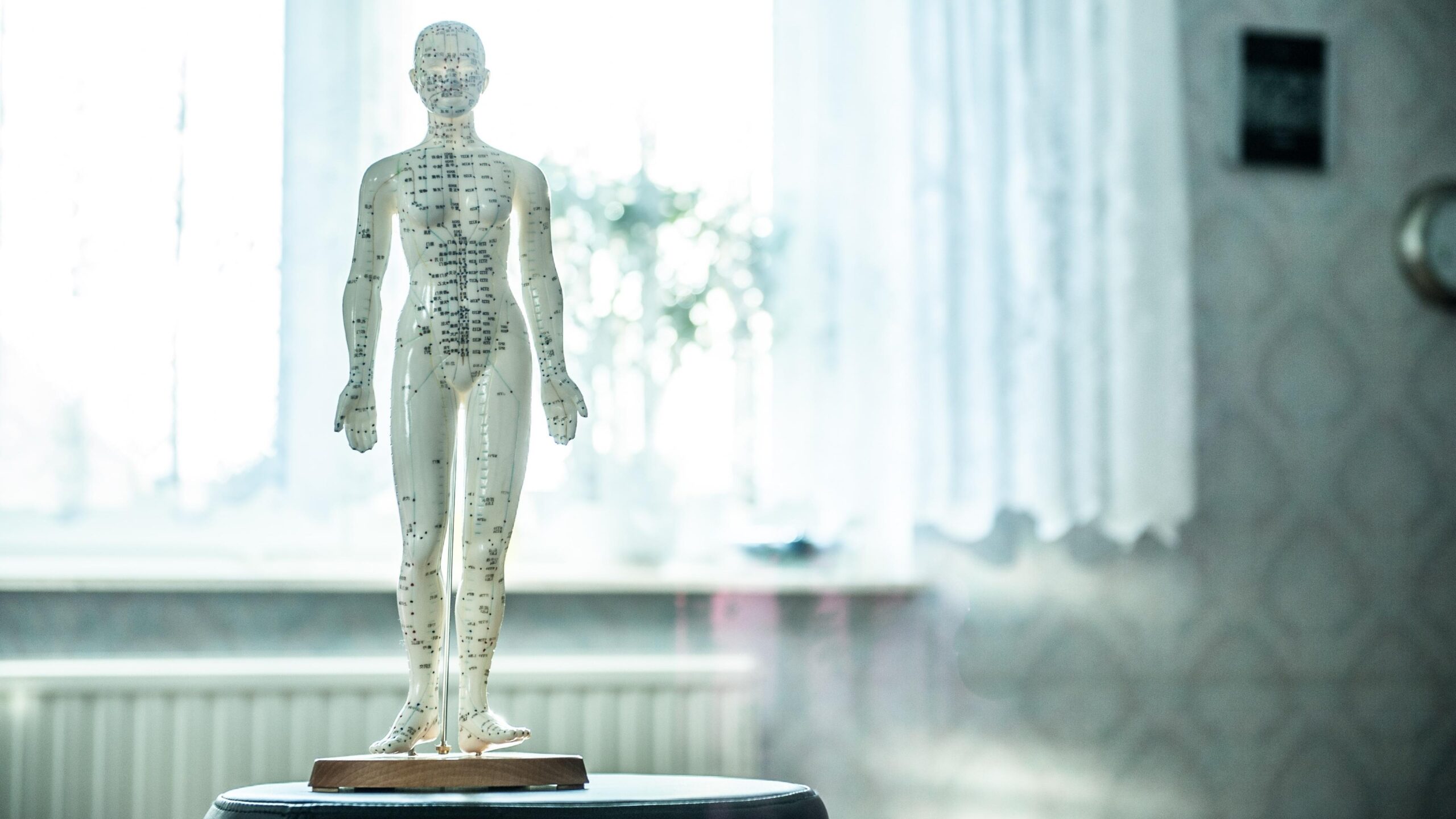 Despite spending more per person on healthcare than any other country in the world, the people of the United States live shorter, sicker lives than their peers in other wealthy nations. The numbers are sobering at the population level, and reveal a shocking discord between our healthcare spending and the well-being of our communities. In 2021, 19% of the population was reported as suffering from a mental illness and 17% as struggling with a substance use disorder. Life expectancy is in decline while death rates are rising. Year after year, the leading causes of death are firmly rooted in stress, lifestyle factors, and external pathogens  (such as dirty air and toxic chemicals in our products) common to industrialized societies.

As concerning as these numbers are above, it gets worse. A systematic review published by Mayo Clinic showed that over 40% of established common medical practices are not supported by the scientific evidence. Further compounding the problem, studies reveal a world-wide trend of prescribing medical interventions that have been shown to cause more harm than good. And to put the final stroke on this grim picture, a recent review published in the renowned British Medical Journal revealed medical error as the third-leading cause of death in the United States.

We are living shorter, sicker lives than our grandparents.

Our children face worse outcomes than us.

It is insanity to keep doing things the same way we’ve been doing them, when all the evidence shows us it isn’t working.

Traditional Chinese Medicine is a complete system of healing and longevity practices that connect with each person as a unique being partnered in a mind-body-spirit dance with the Universe. This system was developed to Nourish Life (yang sheng) and support vibrant populations who enjoy good health through each life stage. Each patient is regarded as both part of the human collective and as an individual uniquely influenced by the myriad factors that instruct us in our life curriculum and contribute to our constantly changing state of wellness or illness.

Thousands of years after its origins in shamanic and Taoist healing traditions, scientific study and observation have grown Traditional Chinese Medicine in rigor and efficacy while proving its capacity to adapt and pivot across cultures and climates. The earliest remaining written history of Acupuncture is traced back to the Shang Dynasty of 1600-1046 BCE. This deep philosophical lineage and rich written records come from thousands of clinician-scholars contributing their experiences across millennia, proving Traditional Chinese Medicine uniquely flexible and well-suited to helping navigate the turbulence and demands of modern life.

Chinese Medicine techniques have been recommended by the World Health Organization and a significant number of government health institutions, national guidelines and medical specialty groups in North America, Europe, and Australasia. One study discovered recommendations for Chinese Medicine in over a thousand publications from these groups. In the United States, the practice of Chinese Medicine is codified by licensing laws in 47 states governing more than 20,000 board-certified practitioners. A growing cohort of insurance companies cover acupuncture treatments, and many hospitals, care centers, and clinics incorporate acupuncture into their care plans. Something that was once considered “fringe” is rapidly becoming a preferred frontline intervention. 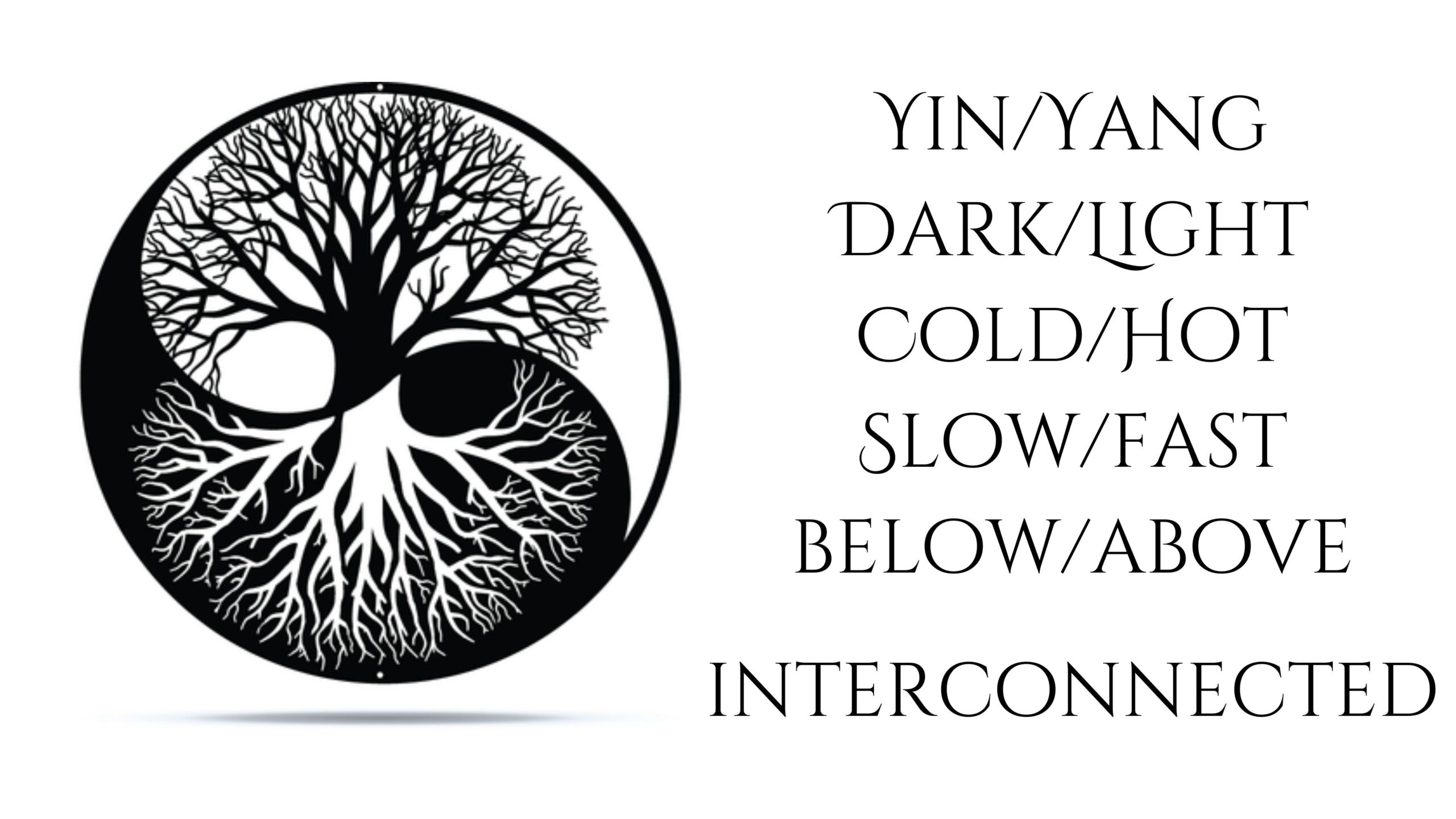 and the Tao follows what is natural.

Traditional Chinese Medicine is a science cultivated into a collaborative art form. It is a dance of co-creation subject to the guiding presence of  substances and forces in constant interaction and exquisite harmony. The scholar-poet-clinicians who wrote the philosophies at the heart of Chinese Medical theory envisioned medicine and health from the intersection of microcosm/macrocosm (as within so without, transformation and interconnectivity, humanity and nature, science and art, Yin and Yang). There are many heuristics, such as Yin/Yang and Five Elements, that add practical elegance to how we think and communicate in this medicine. Simple, clear thought models and metaphors allow for effective diagnostics and pathways of treatment in even the most complex and confounding cases – every tangled knot started as a string.

Amazingly, after thousands of years the agrarian metaphors and poetic descriptions of Traditional Chinese Medicine continue to line up with the complex granularity of modern scientific discoveries. There is no competition and very little meaningful disagreement – only different areas of focus and mental frameworks for describing what we see and choosing how to work with it. Traditional Chinese Medicine practitioners trained in integrative medicine can easily describe how these thought models translate into and complement allopathic medicine.

In the course of treatment, Traditional Chinese Medicine patients receive diagnosis based on a unique combination of the following conceptualizations of the interactivity of the body’s systems:

Intemperate behaviors around diet, activity or sexuality,
excessive taxations and fatigue from mental or physical overexertion. 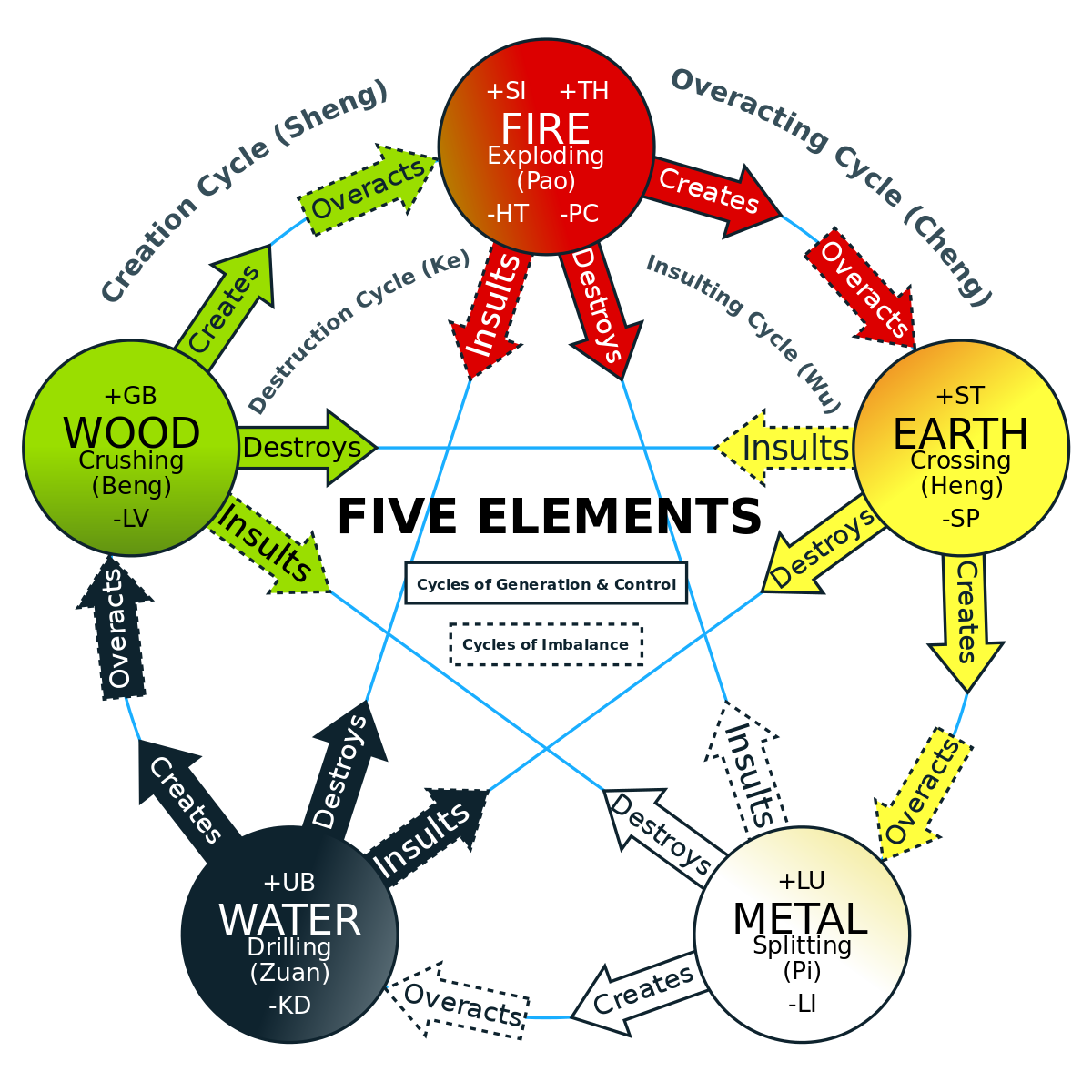 Once we know where you are and how you got here, we can chart a path to where you want to be.

With a complete classical diagnostic intake assessment, and a thought framework to work with, there are five branches of Chinese Medicine (Movement/Mindfulness, Bodywork, Acupuncture, Herbal Medicine, Nutrition) that offer many tools for creating change. The below list is not comprehensive, but includes the most frequently used techniques.

Traditional Chinese Medicine as practiced in the United States is an amalgamation of multiple lines of scholarship that were brought together and “sanitized” during the Cultural Revolution in China. In an effort to appear modern and appeal to Western sensibilities, references to spirit and the shamanic origins of the medicine were largely removed or re-conceptualized as referring solely to the physical workings of the body.

Classical schools have since arisen with teachers willing to reconnect students to the Taoist perspectives that elevate this medicine from a basic frontline intervention into an opportunity to alchemize illness and fulfill our spiritual curriculum.

In addition to the traditional modalities described in detail below, Dr. Velderman  integrates energy work (including medical Qi Gong, shamanic healing techniques, and Five Elements Energy Clearing) into treatments to achieve the best possible results. Patients may or may not notice this during sessions, and it does not require you to do anything.

What Happens During Treatments

You have Successfully Subscribed!